Taking the "Human" out of Psychology 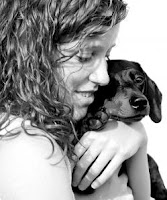 As a psychologist who focusses on non-human animals, I find the decline of this specialisation rather sad. It is great to see biologists, veterinarians, sociologists and other academics and professional engaging in the study of animal behaviour. However, it seems that psychology as a whole is turning its back on non-human animals.

I am particularly dismayed the increasing trend of defining psychology as "the study the human mind and human behavior". (As exhibited by the institutions listed below). It seems to me that nothing would be lost, and much gained, if the word "human" was removed from that definition.

In this modern word it is important to understand what it is to be human, and why humans do what we do. But it is equally important to realise that humanity is not the only phenomenon worth studying--and the human animal is not the only species we should value, understand and learn from. Please join me in encouraging psychologists and psychological institutions to take the word "human" out of the definition of psychology.