A Sheep in Wolf's Clothing 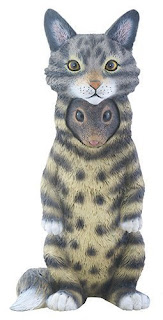 The algorithm behind advertisements decided I might be interested in this mouse dressed as a cat.  My first thought as a behaviorist was 'what reason would a mouse have dor dressing as a cat?' -- and it wouldn't work anyway due to problems of scale.

It only gets weirder when you look at this manufacturer's top sellers.  Cerberus, chihuahuas, and Satan.  Egyptian Gods, knights of the Round Table, angel cats and an apocryphal Saint (Saint Expedites--the Patron Saint of where-the-heck-is-my-Amazon-package).

Anyway, it turns out to be a series based on (and including) a "wolf in sheep's clothing".  But someone rather missed-slash-reversed the point of the whole thing. 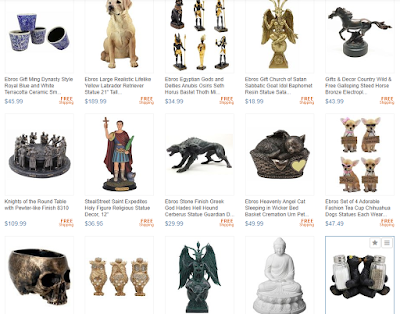