A few weeks ago I came across this little jug in my local Goodwill.  So I had to add it to my antique-dog-stuff collection. 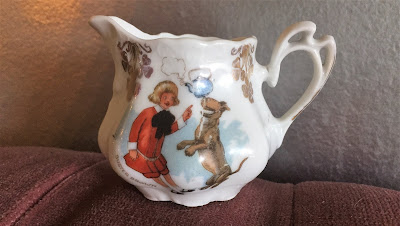 The characters are Buster Brown and his dog, Tige (short for Tiger), an American Pit Bull. They are from a cartoon strip that ran from 1902 to around 1911. It has been suggested that Tige was the first comic-strip animal to talk. 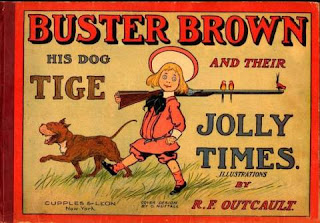 The jug turns out to be a creamer from a children's tea set probably made around the same time the comic strip was being produced.
at 2:33 PM